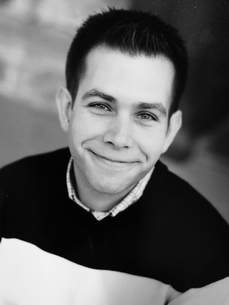 Mr. Santore holds a master of education degree from California University of Pennsylvania, a bachelor’s degree in music education from West Virginia University and is a graduate of Laurel Highlands High School.  While working on his bachelors, Mr. Santore was very involved with the West Virginia University band program.  He was a member of the WVU Wind Symphony, WVU Concert Band, and a member of the award-winning “Pride of West Virginia” The Mountaineer Marching Band, where he served as saxophone section leader.  In addition, Mr. Santore studied conducting under John Hendricks III, Dr. Kathleen Shannon, and Don Wilcox.  Mr. Santore is currently on staff at WVU's Mountaineer Music Leadership Academy where he is an instructor for leadership in instrumental ensembles.

While at Laurel Highlands, Mr. Santore has expanded the music curriculum to include a percussion ensemble and applied music courses, he has received grants funds over $12,000.00 for a Music Theory Technology Lab and overseen the renovation and new construction of the auditorium and music suite at Laurel Highlands High School.  Mr. Santore is a member of several professional music organizations including the National Association for Music Education, the Pennsylvania Music Educator’s Association and a brother of Kappa Kappa Psi, International Honorary Band Fraternity.  Mr. Santore and his wife, Alicia Santore, reside in South Union Township with their children Paxton, Parker and Elliana. 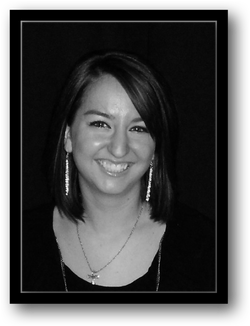 Lauren Stewart is presently serving her ninth year as the Director of Choirs and Theatre at Laurel Highlands High School.  She graduated from Karns City High School in Butler County, and went onto receive her Bachelor’s Degree in music education from West Virginia University.  While at West Virginia, she studied both percussion and voice.  She was involved in the “Pride of West Virginia”, the Mountaineer Marching Band playing piccolo, cymbals, and bass drum.  In 2008, Mrs. Stewart received the Most Outstanding Band Senior award.  She was also involved with the Women’s Choir, African Drum and Dance Ensemble, Steel Band, Percussion Ensemble and Choral Union.

After graduation, Mrs. Stewart worked as a day-to-day substitute with a long-term substitute position at Moniteau High School as their choir director.

At Laurel Highlands High School, Mrs. Stewart is the instructor for Theatre, Musical Theatre, Advanced Theatre, Chorale Choir, Chamber Choir, and Percussion Ensemble.  Through her leadership the choirs and percussion areas have grown in size and ability.  Mrs. Stewart is also the assistant director  of the “Pride of Laurel Highlands”, the Mustang Marching Band.  While at Laurel Highlands Mrs. Stewart has directed the plays/musicals “And Then There Was One, Too”, “Flowers for Algernon”, “Parlor Games” "Legally Blonde", "The Wizard of Oz", "Beauty and the Beast"  "Phantom of the Opera" , "Cinderella" and "Into the Woods". 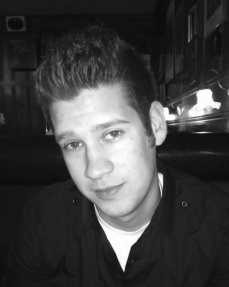 Dylan Stewart is presently serving in his sixth year as the Percussion Coordinator for Mustang Marching Band.  Mr. Stewart graduated from Morgantown High School (Morgantown, WV) in 2006, and went on to receive his bachelor’s degree from West Virginia University in 2011.  While at West Virginia, he was involved in the “Pride of West Virginia”, the Mountaineer Marching Band, playing in the drum line for four years and would eventually become one of the percussion instructors (Snare Tech) for the WVU Marching Band.  In the Summer of 2010, Mr. Stewart marched for the Blue Stars Drum and Bugle Corp.

At Laurel Highlands High School, Mr. Stewart has transformed the drum line by incorporating a drum corps style as per his experiences at MHS, WVU and with the Blue Stars.  Mr. Stewart continues to arrange for marching percussion in the Morgantown, WV and Uniontown, PA areas.